The best running cadence is often considered to be 180 steps per minute, but a study looking at elite runners shows it’s not so simple.

Published in 2019 in the Journal of Applied Physiology, the study by Burns et al aimed to look into precisely what the best running cadence is by gaining insight into the self-selected cadences of elite runners.

Whereas many studies regarding cadence have been completed in lab conditions on treadmills – which in itself can affect cadence selection – this study gathered real-world data. And where better to view the relationship of cadence over time and distance than the 100K International Association of Ultrarunners World Championship?

Related: How To Improve Your Running Form

How The Study Worked

Cadence data was gathered from the top 20 elite male and female runners in the event. The race took place on a flat 10x 10km lap road circuit, giving researchers plenty of valuable, repeated data to examine whether there’s more to the best running cadence than simply prescribing 180spm.

The answer was yes – and no. The average cadence was 182 but digging deeper, it’s not so simple.

Stride rates of individual runners averaged from 155 to 203 and were significantly affected by running speed. Cadence naturally increased four to five steps per minute per mile as runners ran faster. Height also had an effect with taller runners having lower cadences and less variation. Meanwhile, the researchers found no relationship between cadence and sex, age, weight or experience.

While other treadmill-based studies have shown cadence decreases with fatigue, this study found that when controlled for speed, strike rate stayed constant over the 100km.

Furthermore, variation in cadence actually decreased as the race progressed and with faster speeds, corroborating the theory that elite runners have self-optimised their strides.

What Does It Mean For Triathletes?

So, what can we learn from the study as age-group triathletes? The first key takeaway is that despite the headline averages, stride rate is highly individual. This means that provided your form is solid, self-selecting a cadence that feels right could be wiser than sticking rigidly to 180 no matter the terrain or speed.

If your pace decreases when deep into an Ironman 70.3 or Ironman, the study suggests it would be normal for your cadence to do the same, with the elites’ spm decreasing rather than turning the legs over fast with short strides.

Likewise, if you’re a taller athlete your biomechanics could be sound at a slightly lower cadence than 180.

In short – don’t stress it if you’re a little under 180spm or if your cadence increases whenever you pick up the pace.

Related: How To Run Better Off The Bike

One way to get some personal insight based on the study could be to do a long, steady-pace (or race-pace) run with a self-selected cadence – and without checking your watch or counting steps! A flat course with laps would be ideal for this.

Afterwards, check your average cadence for the whole run and see how the last few ‘fatigued’ kms compare.

The results might reinforce your belief in that magic 180 cadence figure or surprise you, provoking experimentation with different cadences. Either way, more information means more confidence for run training and racing. 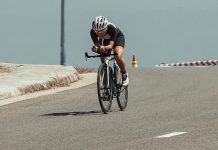 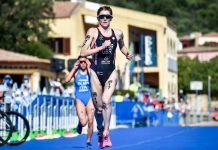 Does Cycling Make You A Faster Runner?