Delve into the science of sweat with Precision Hydration expert Andy Blow and find out why sodium replenishment matters to your triathlon performance.

Every triathlete can attest that sweating is a fact of the swim, bike, run life. But why do we sweat in the first place, what do we lose and what’s the best way to replenish? We went to Precision Hydration co-founder and sports scientist Andy Blow to get the answers.

Related: How To Deal With Dehydration

Why Do You Sweat During Exercise?

Sweating is a natural part of being an endurance athlete and a key response from the body to cope with all the heat generated as we exercise. Just like a higher watt lightbulb gets hotter than one using less energy, the harder we work out, the bigger the response needs to be.

“Through years of adaptation, we’re adept at performing endurance exercise in hot climates because we can sweat a great deal and the evaporation of all of this sweat keeps our core body temperature within safe limits. The ability to sweat is unique to humans, although the downside of this ability is that we need to consume fluid to help offset our large sweat losses.”

Anyone who’s done a hard bike workout on an indoor trainer knows the sweat quickly starts to flow. But what are we losing when the drops hit the floor?

“Your body contains lots of water – 50-70% of it is made up of the stuff in fact, depending on the amount of muscle and fat that you have. Around a third of that water exists outside your cells, in extracellular fluids like your blood.”

“The main electrolyte in this extracellular fluid is sodium and much of your body’s total sodium reserves are found here. This makes it rather ‘salty’ and the total volume of extracellular fluid in your body is directly related to the amount of sodium you have onboard at a given time. So, more sodium equals more fluid; less sodium means less fluid.”

Sodium is also needed for other essential functions throughout the body, many of which play important roles in triathlon performance.

“As well as maintaining fluid balance, sodium plays an important role in the absorption of nutrients in the gut, maintaining cognitive function, nerve impulse transmission and in muscle-contraction.”

How Much Sodium Do You Lose?

“Everyone loses different amounts of sodium in their sweat, from as little as 200mg per litre to 2000mg per litre!”

So, sodium levels are crucial, but every athlete is different. This is why Precision Hydration offers a simple online sweat test or more advanced in-person sweat tests to help prescribe the right amount of sodium needed for optimum hydration and performance.

Without properly addressing your sodium and fluid replacement, dehydration rears its head. This occurs when blood volume becomes reduced, which can cause a serious drop-off in performance, compromising the body’s ability to cool and get freshly oxygenated blood to working muscles.

Related: 6 Ways To Avoid Cramping In Your Next Triathlon

What Other Electrolytes Are Lost?

As the major electrolyte lost through sweating, sodium is generally the priority for both athletes and hydration drinks companies, but there are minor electrolytes to consider too.

“We also lose potassium, magnesium and calcium in our sweat, but in far smaller proportions when compared to sodium.

“A few studies have tried to quantify exactly how much of each we lose when sweating and – whilst the numbers are a little varied (most likely due to the differences in sampling technique, sample sites, timing, and experimental conditions) – the research generally agrees that the losses of the minor electrolytes of potassium, magnesium and calcium are minimal in healthy adults.”

“sodium – the major electrolyte lost in sweat – is the focus”

This is because unlike sodium these minor electrolytes are predominantly found inside our cells in the intracellular fluid (potassium and magnesium) or within the muscles or other tissue stores (calcium), which aren’t so closely related to sweat production. In any case, many electrolyte drinks cater for the minor electrolytes too.

“The quantity of the minor electrolytes (Potassium, Magnesium and Calcium) in PH are in line with the amounts found in the average person’s sweat, although sodium – the major electrolyte lost in sweat – is the focus.”

When To Replenish With More Than Water

The uptake of losing fluid through sweating is that it needs to be replenished, but that doesn’t necessarily mean downing a load of electrolyte drinks during every session.

“For exercise lasting up to 90 minutes, drinking plain water is generally sufficient for most athletes. It’s when exercise goes beyond 90 minutes and sweat losses really begin to mount up, where athletes will need to start replacing the electrolytes they’re losing in their sweat, specifically sodium.”

“Drinking plain water alone in these longer events can lead to a nasty, race-ruining condition known as exercise-associated hyponatremia, which is where sodium levels are diluted by excessive drinking. This can be exacerbated by the loss of sodium in sweat during prolonged exercise.

“Taking sodium in with drinks increases fluid retention in the blood stream. Also, sweat contains a relatively large (and variable) amount of sodium in it so, when sweat output is high, the net loss of sodium can be substantial too.”

All this means that while sweating performs an essential function in cooling, there’s a finite amount of sodium we can lose before performance starts to suffer.

By taking on board electrolyte drinks in sessions longer than 90 minutes – ideally at athlete-specific concentrations – we help the body maintain blood volume and blood sodium levels. This reduces the chances of both dehydration and hyponatremia, helping you run strong to the finish.

Triathletes all over the world trust PH products to stay hydrated with pro athletes including Sarah Crowley, Carrie Lester and Emma Pallant using PH to perform at their best.

Find which strength of electrolytes is right for you and receive a personalised hydration plan by taking PH’s online Sweat Test. 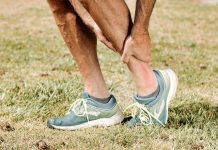 How To Deal With Running Injuries For Triathletes 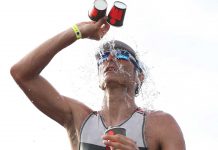 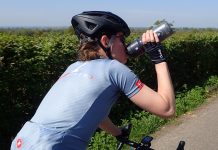 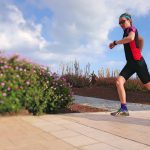