The Hoka One One Arahi 5 is out now and the latest version of the brand’s stability running shoe shows some major improvements.

With the Arahi 5, Hoka One One has reimagined the core design principles of its predecessors in a new design that’s considerably different from the range that’s gone before it.

The chunky midsole might be akin to the Arahi 4 in looks, but the Arahi 5 is a new shoe top to bottom. For the redesign, Hoka has focused on fit while the sole has been improved to give a smoother ride.

As with virtually all Hoka’s shoes, the Arahi 5 is a high-stack, comfortable and cushioned shoe complete with a rocker shape to help spring you forward. Where it differentiates itself from the rest of the brand’s range is in its exclusive J-Frame stability tech.

Trademarked by Hoka, J-Frame offers full-length stability rather than having a medial post digging into the arches. It works by utilising increased-density EVA foam on the outside of the heel which wraps, unsurprisingly given the name, in a J shape right around the heel and up to the forefoot on the inside.

This tech helps to guide the foot into a stable midfoot position, rather than manhandling the arches to avoid pronation. It also avoids the extra weight usually associated with stability shoes. In short, the Arahi 5 is designed to be a stability shoe that doesn’t feel like one.

Working alongside the J-Frame is the midsole shape, which flares outwards like the Hoka Clifton Edge to increase the landing surface area, giving built-in stability.

The bevelled, extended heel is another part of the puzzle, used to soften heel striking and deliver you onto the midfoot with minimal impact or wasted energy. It’s also ideally suited for downhills when there’s little choice but to put the heel brakes on.

The outsole features blown rubber in key wear areas to extend life, which has always fared will in other Hokas we’ve run in.

The upper shows the Arahi 5’s most obvious upgrades. The shoe’s structured, engineered mesh provides a better midfoot lock down thanks to a stretchier design that should suit all feet volumes. Light overlays are used to give a little bit of added support but without adding unwanted rigidity.

The upper is also more breathable while the gusseted tongue – attached to the inside of the shoe on both sides – avoids slippage to increase lacing security and comfort. All this should add up to sock-like comfort atop the extra stable sole.

Out back there’s a semi-rigid heel counter giving the base of the heel a little extra support and protection. This rises up into the he ‘elf-style’ heel tab that Hoka has already rolled out across other shoes in the range including the Clifton Edge and the Carbon X 2.

The pull tab not only helps get the shoes on and off easily, but Hoka says this refined collar shape also alleviates pressure on the Achilles.

It’s also worth noting that the Arahi is one of the few Hoka shoes available in a wide fit, opening the brand up to runners who might have previously found the brand’s shoes a little snug.

With its lightweight support and Hoka’s trademark plushness, the Arahi 5 could be the perfect shoe for long miles while also being responsive enough when the pace picks up.

Related: How To Improve Running Form 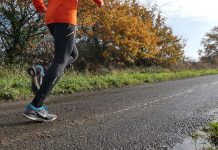 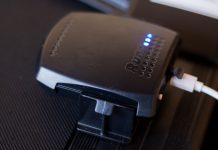 How To Pick The Right Triathlon Running Shoes
Privacy Overview