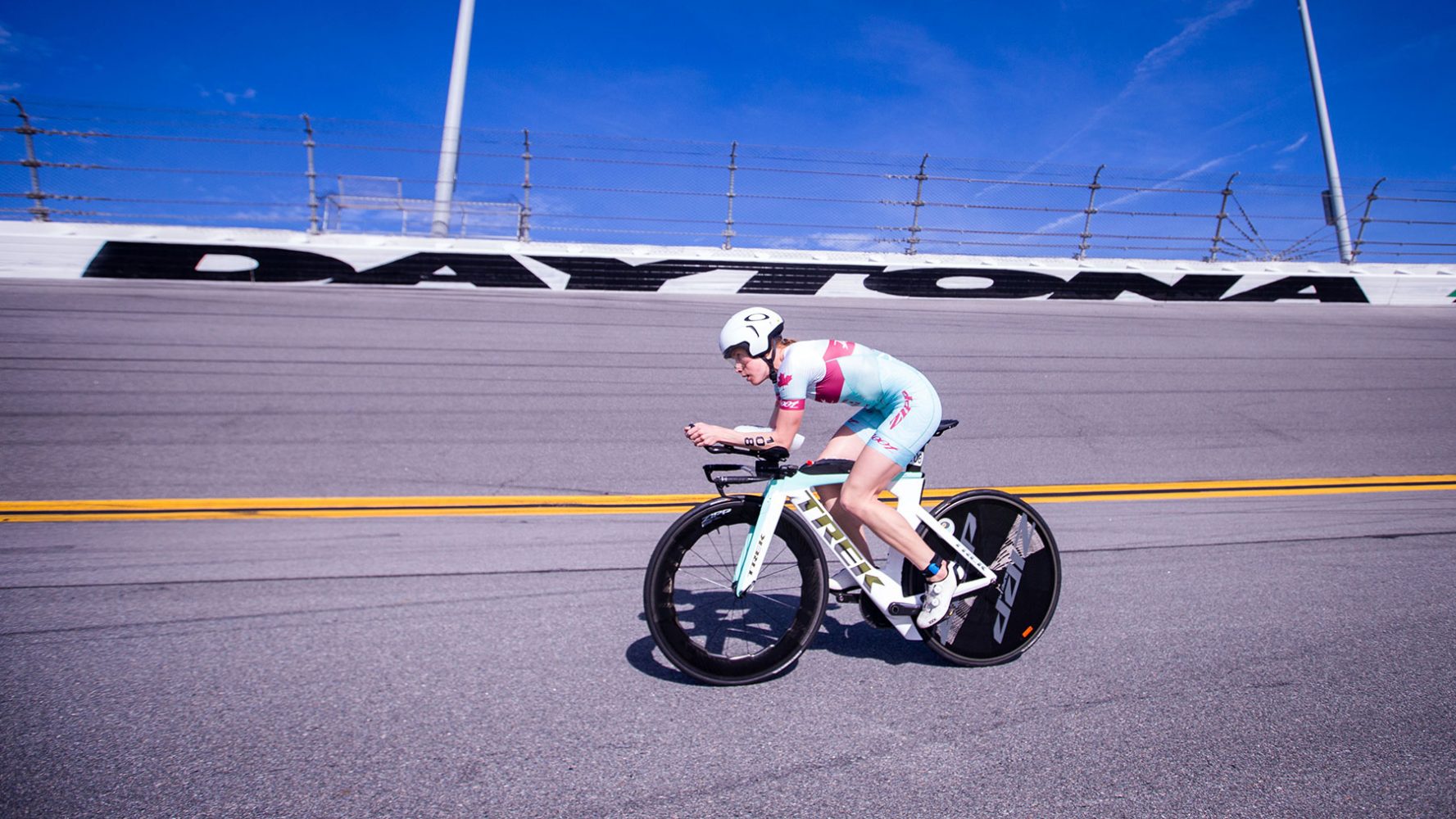 The PTO 2020 Championship got us up close with the world’s best triathletes but what can they teach us about our own triathlon race prep?

With its high quality, multi-camera coverage giving us a look at more athletes than we’re used to in a long-course triathlon broadcast, the PTO 2020 Championship gave us a chance to compare different athletes’ bike positions, form and strategies like no other.

There’s always plenty age-groupers can learn from the pros – here are some of our key takeaways from this year’s PTO Championship at Challenge Daytona.

A bad swim isn’t game over

Both the men’s and women’s races featured fast swims with the best in the business breaking the field apart to leap from the water of Lake Lloyd with time in hand. However, as has been proven time and again at the biggest triathlon races, first out the water didn’t equal first over the line.

Eventual men’s race winner, Gustav Iden showed his 1:19 swim deficit meant nothing by the end of the race. Fellow podium placers, Matt Hanson and George Goodwin – second and third respectively, were more than two minutes back.

Meanwhile, Lionel Sanders was 3:29 back having had a swim performance he was disappointed with. Yet the Canadian put this aside and managed to power from 50th out the water to fourth by the finish line.

While women’s race winner Paula Findlay’s masterclass in swim, bike and run consistency saw her take her gold, Anne Haug was 1:39 off the pace and Laura Phillip was 2:39 back, yet both earned podium positions by the race’s conclusion.

All this shows that while swimming is naturally an important part of triathlon and it’s important to work on swimming technique, a slower swim than you’d like or a bad swim due to factors outside your control doesn’t mean your race is over.

These athletes prove that strengths elsewhere and the focused mindset to keep pushing despite things not going your way can still give you the race of your life.

Train for the course

With a pan-flat, multi-lap course, Challenge Daytona required athletes to stay in their aero tuck while constantly putting out huge amounts of power with no let-up.

To prepare for this, Paula Findlay put in solid Zwift sessions locked in her TT position while Lionel Sanders beat the Canadian Hour Record in the lead up to the event. These – and many other well-prepared athletes – excelled on the bike, while some others were reduced to a cramping mess!

That’s because the athletes’ training specificity got their bodies and minds ready for what was to come – and that’s key for any age-grouper, whichever course you choose.

On that subject, a course might be labelled ‘flat and fast’, but the PTO Championship showed us that even some of the world’s best triathletes struggled to give that constant flow of big watts.

Such races give limited opportunities to recover on downhills, get out the saddle have a quick stretch without losing momentum. By contrast, what comes up must go down – a rolling course might test your legs uphill, but you’ll also get descents to give you little breaks from hitting your goal wattage without sacrificing speed.

Whichever type of course you go for, train for the rigours of the race and you’ll be able to bike and run stronger on race day.

A good triathlon bike fit is always a balance between good aerodynamics, comfort and the ability to put power through the pedals.

Asked in a live-streamed post-race Q+A if she was going to work on her aero position, Paula Findlay admitted she was a little embarrassed about the way her head sticks up. But she should she be? In as close to a controlled environment as you can get for outdoor racing, Findlay put in a 1:51:13 bike split, second only to Lisa Norden (who pulled out on the run with an injury), averaging 43.1kph.

So while Findlay might want to look a bit more aero, her current position is certainly working for her. Getting into a more aggressive position could jeopardise the ability to push the power needed or cause problems on the run.

It’s the same conundrum faced by many age-group athletes – go for comfort or compromise it for flat-backed speed in the hopes it’s more aerodynamic. With limited opportunity to get hard data on aero improvements – at least until products like Body Rocket come to the market – if you’re riding well and, crucially, running well off the bike too, consider whether you really need to look ‘more pro’!

A good nutrition strategy is often called the fourth discipline and the longer a triathlon is, the more important getting in calories and hydration becomes.

This fact was underlined by one of the brightest up and coming stars of the sport, Denmark’s Magnus Ditlev. After coming out the water in 40th place, the Dane quickly moved up the ranks on the bike course, his tall, lithe frame and slow marching cadence forcing his way through the field to reach the front.

But having dropped his drinks bottle at the beginning of the ride, Ditlev was left to source water from aid station volunteers. As it turns out, grabbing a bottle at 50kph isn’t the easiest of tasks and it was a long time until he finally managed to snag one, down it in one and throw it to the side.

It appeared to be too little too late – Ditlev seemed to be paying for his monster effort without fluids, gurning in pain. Off the bike, the cramps took hold in earnest with the Dane chugging gels to try and recharge his muscles.

Lionel Sanders also spoke post-race of how he didn’t keep to his nutrition plan as rigidly as he should’ve. The Canadian came off the bike with little left in the tank and it took cups of coke from the aid station to help him back to his best running pace on the third and fourth laps of the run.

So, the moral of the story is to be as self-sufficient as possible and stick to your feeding and drinking intervals. If you are going to rely on support from aid stations, practise grabbing bottles from a helper at speed. Or, reduce the stress of the situation by simply slowing down and ensuring you get what you need. A couple of seconds lost could be minutes saved later.

Related: How Are Carbs Absorbed?

While there are elements of good running form that many of us try to emulate – such as high cadence, a forward lean and relaxed shoulders. But there are always outliers – those athletes who run fast despite not conforming to the ‘proper’ way to run and we saw this clearly in Daytona.

The multi-camera coverage of the PTO 2020 Championship gave us a high-definition view of the contrasting styles of some of the sport’s best runners up close and several didn’t display all those classic hallmarks. 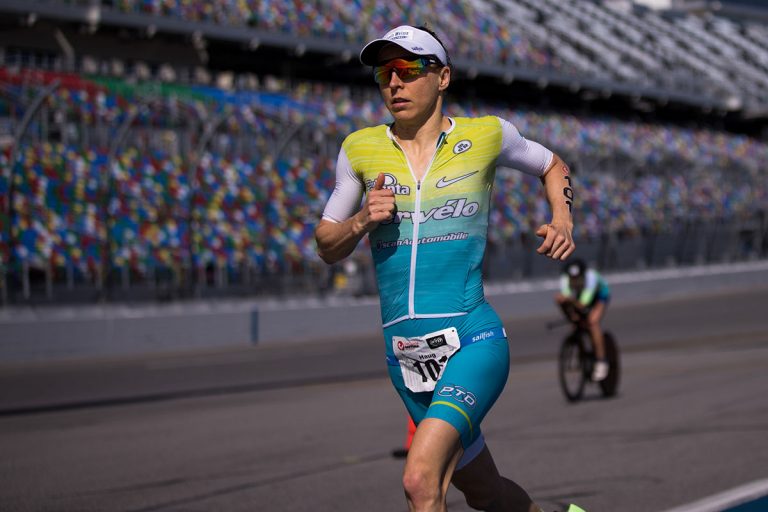 Anne Haug is the sport's most beautiful runner but her form isn't textbook. (Photo: PTO)

Anne Haug is a great example. The 2019 Ironman World Champion and one of the swiftest long-course athletes we’ve ever seen had the fastest run split of the day by over a minute yet her shoulders are bunched up and back.

Meanwhile, Matt Hanson has a long, heel-striking gait, an abundance of upper body movement and high arms with fists at chest level. Yet the American out-splitted Gustav Iden with a savage 3:18/km pace.

Then there’s Lionel Sanders, whose hunched gallop certainly couldn’t be called textbook yet who produced the fifth-fastest split of the day.

Of course, there are plenty of runners who run fast displaying ‘proper’ form like Iden, George Goodwin or Paula Findlay – but don’t be disheartened if you don’t fit perfectly into the running technique box – or feel there’s something to fix if you’re already running well.

What Is Bike And Run Efficiency Factor? 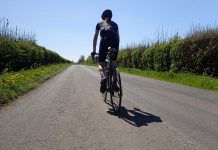 How To Add Strength Training To Your Ironman Plan 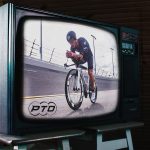 PTO Teases Beyond Human Triathlon Documentary
The PTO’s Beyond Human documentary will follow Lionel Sanders, Heather Jackson and Sebastian Kienle in the lead up to the 2021 Collins Cup. 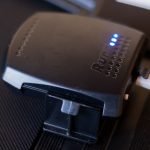 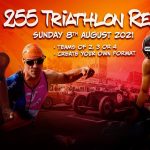 What Is Bike And Run Efficiency Factor?