The PTO 2020 Championship takes place tomorrow at Challenge Daytona. Here’s how the women’s and men’s races could play out.

We’re almost at the moment that the Professional Triathletes Organisation has been working towards all year – the PTO 2020 Championship. With so few events going ahead in 2020, perhaps it seems a backhanded compliment to call it the most important race of the year, but it would be in any year.

While the PTO’s in it for the long term, the lack of the Olympics, Ironman World Championships and Ironman 70.3 World Championships in 2020 makes this inaugural race unique. It gives the opportunity for athletes who might not normally be able to attend to go head to head, no matter what distance they specialise in.

This innovative field of exceptional depth, the race environment itself and the unknown form of the athletes make predictions challenging – but fun nevertheless. Read on to see how the women’s and men’s races could play out.

Don’t forget to sign up to watch the race at the PTO website. You can stream it totally free but the PTO is encouraging donations towards the COVID-19 Triathlon Relief Fund, which helps support triathlon around the world.

The 2km swim course in Lake Lloyd at the middle of the Daytona International Speedway features two 1km laps with a short ‘Australian exit’ run between each. This feature will be familiar to some athletes but not others, though it’ll be the ITU athletes that have the most experience of that fast transition to vertical and getting the heart rate back down before launching into the water again.

With no sudden heatwave forecast, it’ll almost certainly be a wetsuit swim. This should level the playing field a little as the weaker swimmers will get more of a benefit from the extra buoyancy than the leaders.

Those who’ve taken the time to practise transitions amidst this race-free year could also gain a few seconds’ advantage here too – perhaps taking a few places before the bike mount line.

The bike is 20 pan-flat laps of the speedway, each 4km for a total of 80km. While it’s flat we’ve seen from pre-race footage that there’s changing wind direction to overcome including block headwinds.

With that in mind, aerodynamics will be crucial as the 20m draft rule means there will be no benefit when sitting in the pace line. Those who’ve spent time honing their aero position could save a few watts along the way while athletes used to putting out the power while being locked into their tuck without shifting position will also be at an advantage.

While the bike will no doubt be awesomely spectacle of speed, flat doesn’t guarantee fast. There will be no opportunity for let up thanks to downhills, so those who are used to putting down high watts for extended periods will be most efficient over the course.

The 18km run is made up of four 4.5km laps and once again, they’re flat as can be. If there’s a howling wind there might be a little advantage to staying off the front, but really, it’s just an honest run that negates skills like running uphill, tackling downhills or running fast off road. One thing’s for sure – it’ll be swift.

The Women’s Race – How Will It Play Out?

With fewer short-course regulars taking part, the women’s race will probably have less of an ITU influence compared to the men’s event. However, there’s still some serious swim and run speed in the field that’s sure to play off against those with the biggest engines on the flat lapped bike course.

While the distance might be different from other races, it’s a true swim, bike, run challenge that will test athletes to their limits no matter their backgrounds.

With a 2km swim and bike positioning being so important, the pace is bound to be punishing from the gun. Star swimmers Lauren Brandon (USA), Lucy Hall (GBR) and Pamella Oliveira (BRA) are likely to lead and the race’s first key point will hinge on who, if anyone, can live with their speed. The names in this front pack and how much of a lead they have coming into T1 will set the day up.

If Holly Lawrence (GBR) leaves the water near the head of the race, her bike and run strength could see everyone else playing catch-up for the remainder of the race. Defending Daytona champ Paula Findlay (CAN) should be up there too while Jodie Stimpson (GBR) showed she could keep up with Lawrence at 70.3 Bahrain last December.

It’ll be interesting to see how close Nicola Spirig (SUI) and Lisa Norden (SWE) can get, whether holding on to that front group or coming in alongside more seasoned Ironman competitors.

Behind, we’re likely to have the bike-runners like Anne Haug (GER), Sarah Crowley (AUS), Heather Jackson (USA), Laura Philipp (GER), Katrina Matthews (GBR) and Amelia Watkinson (NZL) a few minutes behind the first out the water.

Once on the bike, it’ll be eyes on Lawrence. If she’s anywhere near the lead, the Brit is bound to find her way to the front to try and push the pace. This should begin to empty the legs of some of the swimmers from the start, whittling down their run strength. Of course, some might not be phased – Stimpson showed last year she can match Lawrence on two wheels.

Out of T1, we can certainly expect a hard chase from the likes of Haug, Sarah Crowley (AUS), Heather Jackson (USA), Philipp, Norden, Spirig, Emma Pallant (GBR), Watkinson and Matthews.

With the 20m draft rule meaning everyone’s going to have to put the power down around the 20 laps of the Speedway, uber bikers like Philipp and perhaps Kimberly Morrison (GBR) will likely move swiftly up the rankings from wherever they exit the water.

If Lawrence manages to get a gap  coming into T2 – a tall task given the lapped format and competition – it’ll need to be significant to hold off the run speed of Haug and Spirig in particular while Pallant, Stimpson, Philipp, Findlay, Watkinson and Crowley will be powering on too.

If we’re lucky, we’ll have a chase right to the line. Or, if we’re even luckier, a larger group forming during the 18km run. In the case of the latter, it’ll be fascinating to see how the long-course athletes deal with the dynamics of group tactics – something rarely experienced outside short-course racing.

It certainly wouldn’t be a surprise to see Lawrence, Haug and Spirig on the podium. But then again, given the quality and depth of the field, it wouldn’t really be surprising if Findlay, Philipp, Crowley, Jackson, Watkinson, Norden, Stimpson or another 20 or so athletes made it there either!

The Men’s Race – How Will It Play Out?

There are more ITU athletes taking part in the men’s race, which will give us a rare opportunity to see world-class athletes who specialise in different distances going head-to-head over the unique course.

We’ll get to find out whether the blistering swim and run pace of short course athletes can outdo the pure time trial power of Ironman’s best cyclists – and where the 70.3 specialists fit into the equation.

With Alistair Brownlee (GBR), Jonny Brownlee (GBR), Vincent Luis (FRA), Henri Schoeman (RSA) and Javier Gomez (ESP) being five of the sport’s best swimmers, the first leg will be ITU pace, leaving some of the slower swimmers – and even perhaps the usual 70.3 front pack swimmers – with work to do.

We’d expect Ben Kanute (USA) to be up there too, while other athletes who might just hold onto the coattails of the leaders, or do the best at limiting their losses, could include  Andy Potts (USA), Adam Bowden (GBR), Rudy Von Berg (USA), Timothy O’Donnell (USA), Sam Appleton (AUS) and Tim Don (GBR).

The size of that front swim pack – and transition speeds – could play a pivotal role in the whole race, setting the order for the start of the challenging bike course and defining the gap to the chasers.

Coming out of T1 a couple of minutes back will be the likes of Lionel Sanders (CAN), Sebastian Kienle (GER), Andreas Dreitz (GER), Sam Long (USA) and James Cunnama (RSA). Plenty more could be in the mix too, but expect Sanders and Kienle in particular to storm their way through the field.

With a 20m drafting rule in effect, there will be no hiding in the pack for any athlete. So those who are more accustomed to the surges and lulls of ITU racing may falter against the relentless power output of long-course pros. Those who do manage to stay with the very fastest out there might just smoke their running legs in the process.

If Alistair Brownlee gets off the bike at the front of the race, it’s hard to bet against him – he’s got the pedigree, speed and race head to keep it that way. But he’s not been invincible at middle distance, seeming to dominate the bike to the detriment of his run on occasion.

If we’re lucky enough to get a pack, expect Brownlee (or the Brownlees) to go out at a furious pace with Gomez and Luis right there. We can only hope that some combination these athletes plus Sanders, Kienle, Iden and Von Berg are all in the mix to make this a run for the ages.

At the end of the day, we’ll find out who’s got the pure speed and cool nerve to come out on top and be crowned the first ever PTO Champion. 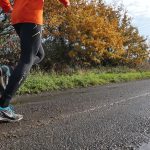