The PTO 2020 Championship is this Sunday, 6 December. Here’s the full list of athletes who will be racing at Challenge Daytona.

With the PTO 2020 Championship less than a week away, the excitement is really building towards the organisation’s first world-champs-level event, which takes place this Sunday 6 December at the Daytona International Speedway.

Along with opportunities to win exclusive goodies and experiences in the PTO’s 10 Days To Daytona prize draw, legendary triathlon pundit Bob Babbitt will be interviewing athletes all week – bringing an essential part of the big-race buildup to Florida.

The race will be streamed live on the PTO Championship website at 9:30am EST and ahead of the event, the PTO has confirmed the final women’s and men’s pro start lists.

Providing no last-minute COVID-related travel issues arise, we can expect 59 men and 47 women to descend on the Daytona International Speedway and go head-to-head for a slice of the $1.15m prize purse.

As promised, thanks to the combination of Ironman, 70.3 and ITU stars, the race has a depth of field beyond any other event. This promises a battle for the ages that will, with a little luck, set the benchmark for the PTO’s events going forward.

We’ll have a fuller race preview later this week, but for now, here are some key names to look out for as well as the full race-start list.

Of course, with fields this stacked, 2020 form unknown and plenty of fresh young talent also competing, anything could happen on Sunday!

While it’s hard to predict what will happen, the final start list certainly lets us know which battles we’ll have to wait a little longer to see. In the women’s race, there will be no swimming showdown between Brits Lucy Charles-Barclay and Jessica Learmonth, the sport’s best long- and short-course swimmers respectively.

Neither will we get the chance to watch Switzerland’s top two triathlon stars go head to head as Daniela Ryf won’t be flying out to take on compatriot Nicola Spirig. Wildcard picks Flora Duffy (BER) and Georgia Taylor-Brown (GBR) will also be absent, so we won’t get to see how these ITU speedsters stack up against the best Ironman athletes.

In the men’s race, there are fewer big names missing but those include three-time Ironman World Champion and number-one ranked PTO athlete Jan Frodeno and fellow German and two-time Kona winner Patrick Lange.

One of the biggest wildcard picks, Kristian Blummenfelt (NOR) won’t be racing either while the biking powerhouses that are Cameron Wurf (AUS) and Joe Skipper (GBR) will also be missed. 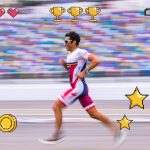