The first-ever Ironman California will see Jan Frodeno, Gustav Iden and Lionel Sanders battle it out with the PTO #1 ranking on the line.

With the Ironman World Championship moved to St. George, Utah, in May, Ironman California is going some way to satisfy the craving for high calibre racing – at least for the men. Back at the Collins Cup, several of top male athletes hatched a plan to reconvene in Sacramento for the male-pro-only race, with word of it becoming an unofficial world champs.

While the field doesn’t quite boast the depth of a true world championship, there’s some serious talent here, especially at the spiky end of the race. Recently-crowned Ironman 70.3 World Champion Gustav Iden takes on his first Ironman while Jan Frodeno is making the trip to prove he’s still the best there is. Lionel Sanders goes back on his ‘end of my season’ promise to take on his fifth iron-distance test of 2021 with Cam Wurf – Sanders’ vanquisher at Ironman Copenhagen also on the start list.

Ironman Lake Placid winner Rasmus Svenningsson is also a podium threat while Justin Metzler and Ben Hoffman are the top-two-ranked US athletes who could mix things up.

With mild conditions forecast and a flat course, we can expect fast times at Ironman California this weekend with a new Ironman world record certainly not out of the question.

A downriver swim should favour slower swimmers, limiting their deficits to the leaders by T1 and setting up a close contest.

The bike course is flat and fast with two laps through farm and wine country. There are a handful of 90-degree corners and just a single dead turn at the far end of the course. That means technical riding skills shouldn’t factor too much while athletes will also need to balance the aero benefits and physical discomfort of time locked in the aero position.

After that, the run is also flat with just 92m of elevation gain. The first half skirts the Sacramento River heading out into parklands before returning to the city centre for two finishing laps in downtown Sacramento.

The most hotly anticipated showdown is between Gustav Iden and Jan Frodeno. Iden now sits as #1 in the PTO rankings, having bumped Frodeno down to #2. The rankings combine the average points from each athlete’s top-three races in 2021. Iden sits at 107.21 points while Frodeno is at 102.82.

However, that tally includes the German’s 88.10 score from Challenge Gran Canaria. So unless Frodeno really falls off the pace he’s could well eclipse Iden’s figure by the end of the day. The stats also back that up with Frodeno having scored over the requisite 101.29 he needs on Sunday in all but one iron-distance race since 2015! Whoever comes out on top in the rankings will score an extra $10,000 in the PTO’s end-of-year bonus with #1 taking home $100,000 and #2 $90,000.

It’s tough to predict the victor between these two superstars. Few will be betting against 40-year-old Frodeno, who has won every race he’s entered since March 2015 with the exception of IM Lanzarote in 2016, a DNF at 70.3 Oceanside in 2017 and an injury-enforced walk home in Kona the same year. Frodeno is also the iron-distance world record holder, setting a new best time of 7:27:53.

While the three-time Ironman World Champion hasn’t gone up against Iden yet, the two both raced the Collins Cup, where Frodeno went 27 seconds faster than the Norwegian. That said, each was in a different three-way match-up with Frodeno clearly pushing himself to the limit and Iden remaining as smooth and unreadable as ever.

Iden is building himself quite the list of championship palmares, too. Despite setting the second-fastest-ever men’s 70.3 time in 2018 in Bahrain, the Norwegian was something of a surprise winner at the 2019 70.3 world champs in Nice, where he ran away from Alistair Brownlee and Rudy Von Berg.

Iden took the PTO 2020 Championship at Challenge Daytona in last December in dominant fashion. Following eighth at the Tokyo Olympic Games earlier this year, Iden was imperious in his Collins Cup match-up in August, then took his second Ironman 70.3 world title in St. George, never looking under pressure.

Of course, it’s Iden’s first-ever Ironman, so anything could happen. But, with his pedigree, the expertise of the team around him, he could just pull it off.

In the swim, we’re likely to see Frodeno ahead but the downriver course could help Iden limit the losses. On the bike, Frodeno is a weapon and a picture of honed aerodynamic perfection. However, Iden showed in St. George that he can ride away from the best in the world with ease so it wouldn’t be a surprise to see him ride up to the German.

Frodeno will likely want to distance Iden before T2 to give himself a buffer over the younger athlete, so we could see a surge towards the end from the German as in Kona races past. Frodeno is a fantastic runner, but not one of the sport’s very fastest. Meanwhile, if Iden can translate his frightening 70.3 foot speed to the marathon, he will be tough to match.

Sanders Back In Action

Having previously announced his season was complete, Lionel Sanders is back and ready to race in Sacramento. Since battling against nutrition issues at Ironman Coeur d’Alene in June, the Canadian star has made it his mission to get Ironman right.

That led to a packed one-a-month iron-distance schedule that saw him push Frodeno in the Tri Battle Royale before taking second to Cam Wurf in Copenhagen and second to Joe Skipper at Ironman Chattanooga – bagging a Kona spot for October ’22 in the process.

With each race, Sanders has improved on his execution – doing things his own way to finish strong on the back half of the run. As in Chattanooga, a downriver swim should help Sanders stay in contention here and give him a shot to push for the podium. Whether he’ll have the firepower in his fifth iron-distance race of the year to topple the fresh legs of Jan Frodeno and Gustav Iden seems unlikely but Sanders is certainly taking every opportunity to race the best in the world.

It’s also worth pointing out that Sanders is now coached by Mikal Iden, Gustav’s brother, whose scientific approach has already seen performance improvements for Sanders over the distance.

At Ironman Copenhagen, the über biker showed once again he can put together a powerful swim, bike and run combination to take victory. In that case, the Aussie beat Lionel Sanders by over three minutes. Wurf did race last weekend at Ironman Mallorca – taking third – so whether he backs up in California is still a question mark.

If he is on the start line, expect to see him come out the water with the likes of Sanders then boss the bike. Those who hang with him on two wheels are likely to leave T2 as podium contenders or burn too many matches along the way!

Rasmus Svenningsson took the win at Ironman Lake Placid in July before coming second to Denis Chevrot at Ironman Austria last month. With the swim being his relative weakness, the Swede could do well in the current-assisted Sacramento River before unleashing his monstrous bike and impressive run.

Justin Metzler had a breakthrough performance with second at Ironman Coeur d’Alene in June where he was beaten only by Sam Long. While he might be looking for the top US spot on home soil, he’ll have his work cut out for him by the seasoned strength Ben Hoffman who was third in Chattanooga.

Ironman will be continuing its season of Ironman Now Facebook live coverage with a gun-to-tape broadcast of Ironman Sacramento. The action gets underway at 06:48 local time on Sunday 24 October. 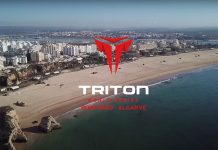 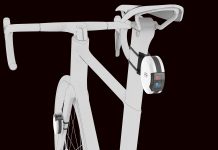