Collins Cup automatic qualifiers confirmed for Team Europe, Team US and Team Internationals ahead of the inaugural race on 28 August.

With the final weekend of Collins Cup qualification races now in the rear-view mirror, the PTO has tallied up the points to give us the list of automatic qualifiers for each team.

Here’s who to look forward to seeing in action at the first-ever Collins Cup at the x-bionic sphere in Samorin, Slovakia on 28 August.

Related: Road To The Collins Cup – Battle For Glory Videos

There are no surprises when it comes to who tops the bill for the Team Europe women. PTO #1 and four-time Ironman world champ Daniela Ryf’s unbeaten streak in 2021 has only added to her status as the sport’s most formidable athlete.

Ryf will be joined in Samorin by uber-runner Anne Haug (PTO #3), uber-swimmer Lucy Charles-Barclay (PTO #4) and all-round powerhouse Holly Lawrence (PTO #5). It’ll take something seriously special from the opposition to outperform any of these women.

To underline that superiority, the average PTO World Ranking for the women’s team is just 3.25 points!

The strength is just as palpable on the men’s side for Team Europe with PTO #1, iron-distance world record holder, three-time Kona champ and all-round legend Jan Frodeno leading the charge.

PTO 2020 Champion and 2019 Ironman 70.3 world champ Gustav Iden (PTO #3) is next on the list and an incredible middle-distance athlete. Joe Skipper (PTO #5) is Team Europe number three for the men – the Brit holds the record for the fastest-ever on-land portion of an Ironman.

Finally, there’s double Kona winner Patrick Lange (PTO #7), whose 2:36 run at Ironman Tulsa in May was something to behold.

The average ranking for the Team Europe men is 4 points.

Team US did see a little shake-up over the weekend on the women’s side. Ironman 70.3 Texas winner Skye Moench (PTO #10) retains her top spot with Heather Jackson (PTO #14) in second and Jackie Hering (PTO #15) in third.

Chelsea Sodaro (PTO #22) came back strong from giving birth just a few months ago to claim sixth in Boulder last weekend, combining with her pre-maternity-leave points to take the fourth slot.

That gives the Team US women an average world ranking of 15.25 points.

On the men’s side, Sam Long (PTO #4) retains his top ranking for Team US after a course-record setting win at 70.3 Boulder. The US number two spot goes to strong all-rounder Rudy Von Berg (PTO #8), who also topped the podium last weekend winning 70.3 Switzerland.

Up next is Matt Hanson (PTO #9) who’s shown himself to be one of – if not the – sport’s fastest runners. Then there’s the ultra-versatile Ben Kanute (PTO #13) who has the goods over many distances.

The men’s team has a healthy average world ranking of 8.5 points.

New Zealand’s Teresa Adam (PTO #2) is the highest-ranked Team Internationals athlete, the Kiwi having put in dominant performances down under over the qualification period.

That gives an average PTO world ranking of 18.75 points.

The Team Internationals men have an average ranking of 27.25 points.

Ironman World Championship Moves To St. George In May 2022 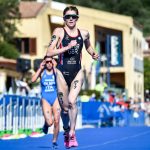