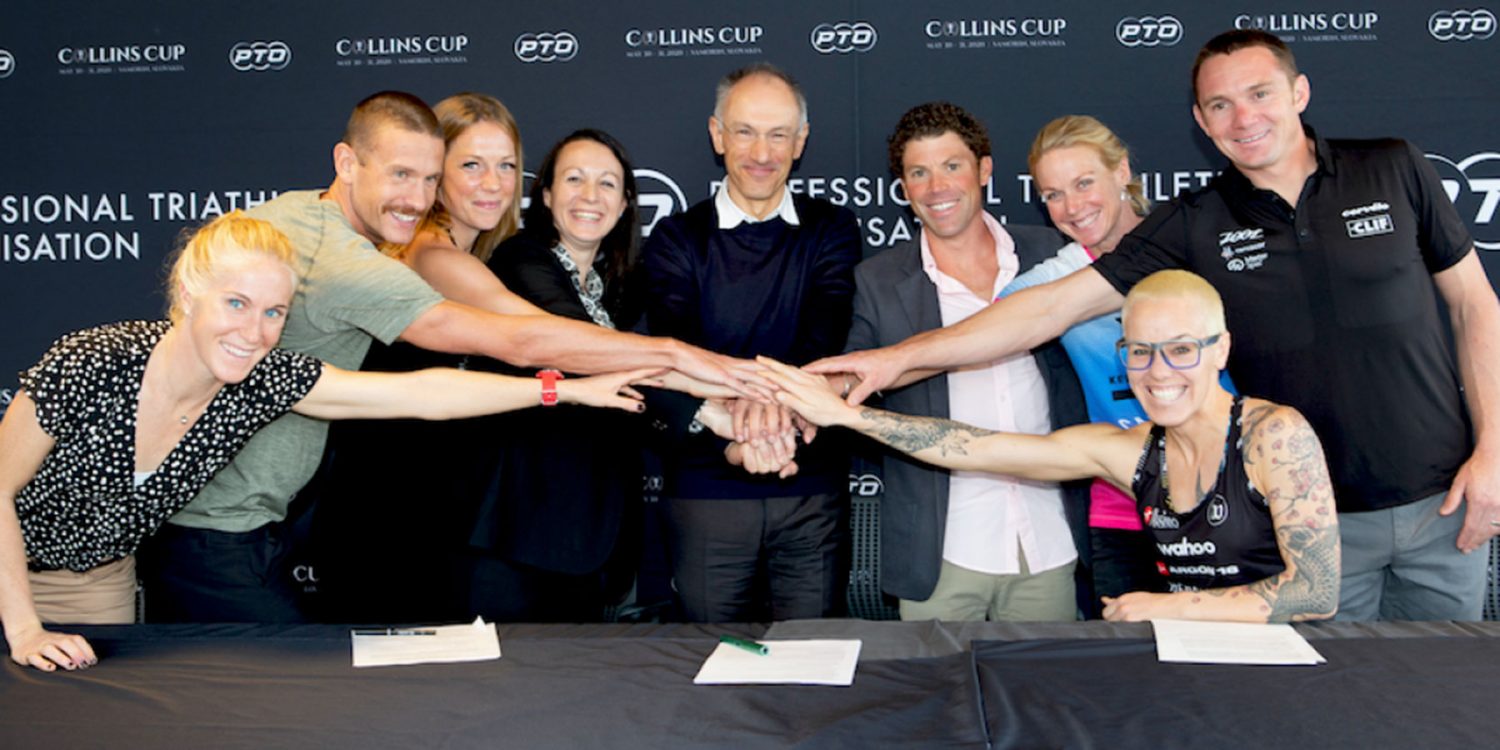 All you need to know about the Professional Triathletes Organisation – PTO – including its goals, history, events, board members and funding.

Since triathlon’s early days in the 1970s, several attempts have been made to professionalise the sport – but all have fallen short. Now the PTO – Professional Triathletes Organisation – has taken up the task. In the PTO triathlon has an organisation with the drive, determination and crucially, funding, to take the sport to the next level.

What Is The PTO – Professional Triathletes Organisation?

The Professional Triathletes Organisation is a professional body representing the interests of non-drafting triathlon’s pro athletes. Its mantra is “Dum Spiro, Spero” – “Whilst I Breathe, I Hope”.

The organisation’s goal is to raise the profile of professional triathlon by investing in its athletes, both by supporting them better financially and marketing them to increase awareness and engagement with non-drafting triathlon as a whole.

The PTO wants to build a bigger, more active audience for the sport – a growing group of spectators as well as participants who care about the professional sport’s dramatic battles, warring personalities and awesome spectacles of human endurance.

Combining a board of current and former pro triathletes, savvy business people and industry experts, the PTO can draw on a wealth of experience to help bring its goals to fruition.

Membership for athletes is free, meaning everyone in the pro ranks can benefit from the hard work the PTO is doing to improve the careers of the sport’s pros and set them on the path towards self-determination.

Meanwhile, athletes’ results will earn them PTO ranking points resulting in both higher bonus pool allocation and eligibility to race in the PTO’s world champs and Collins Cup events.

With triathlon boasting highly marketable demographics similar to golf and tennis, it’s no surprise that the PTO is seeking to replicate the successes the PGA (Professional Golfers Association) and ATP (Association of Tennis Professionals) have had in professionalising their respective sports. Indeed, by appointing former ATP president Chris Kermode as vice chairman, the PTO has exactly the expertise needed to set triathlon on a similar path to tennis.

Related: What Is An Ironman?

A Short History Of The PTO

The PTO triathlon journey began in late 2014. Originally called the PTU (Professional Triathletes Union) the founding board of directors included some of the sport’s biggest names including Kona winners Mirinda Carfrae, Sebastian Kienle and Pete Jacobs.

The goal formulated then is the same as it is today – to create a voice for pro triathletes and grow the sport.

With limited resources and athletes being spread around the world, it was hard to create traction and a unified voice. Nevertheless, the idea – and the organisation – didn’t die thanks to the passion of a core group of athletes.

After a rebrand to drop the ‘Union’ (and its connotations) from the organisation’s name in 2016, the PTO’s now chairman, Charles Adamo, joined the project with the task of working out how the PTO could become an economic reality.

The PTO looked to other sports, taking inspiration from the PGA and the ATP, which transformed golf and tennis respectively into sustainable professional sports.

The next step was to bring in the expertise of independent investment bank Northpoint Advisors to aid in structuring the PTO’s business model, financial planning and raising capital for the organisation.

By 2019 things were really starting to move along. The PTO appointed a new CEO – former elite triathlete and CEO of MOTIV Group, Sam Renouf – charged with leading the PTO’s commercial endeavours. This was later followed by the appointment of triathlon stalwart and CEO of Challenge Family, Zibi Szlufcik, and bringing aboard Jennifer Nimmo from Northpoint Advisors to further cement that relationship.

In a clear show of intent, the PTO also sought to enter negotiations to purchase Ironman in September 2019 – overtures repeatedly snubbed by then Ironman owners Wanda Sports.

Despite the impact of Covid-19, 2020 will be remembered as a huge year for the PTO, showing the organisation’s commitment to the sport and its athletes:

All these moves show just how serious the PTO is about raising the level of the sport and supporting the pro triathletes it represents.

In 2021, the PTO has continued to drive forward its mission of professionalising the sport, making some more key appointments and announcements.

Related: Collins Cup – All Our Coverage

The PTO’s board is split across its athlete and business board, both working together to further the goals of the organisation.

The PTO’s athlete board is made up of current and retired pros who’ve raced at the highest level.

These athletes serve in an advisory capacity to represent the interests of the sport’s non-drafting pros, whether they’re just starting out or already world championship winners.

The athlete board includes:

The PTO’s business board takes care of the organisation’s commercial interests including PTO-owned events.

How Is The PTO Funded?

In January 2020, a partnership with Crankstart Investments was announced. The investment foundation of British venture capitalist Sir Michael Moritz KBE, the injection of funds gave the financial viability the organisation had been looking for.

The partnership not only meant the announcement of a huge $2 million prize purse for The Collins Cup, but also a unique model whereby the PTO and its athletes retain 50% of any commercial operations, such as income from events.

Crankstart’s involvement not only provides a long-term investment to help deliver fundamental and lasting changes but also cements the reputation of the PTO as a serious organisation.

On the back of the Crankstart partnership, in February 2020, the PTO announced an annual bonus programme for its athletes with a pot of $2 million. The money would be paid out to the top 100 female and male athletes at the end of 2020 based on their PTO World Rankings.

With Covid-19 cancelling the majority of races in 2020, severely limiting athletes’ earning potential, the PTO paid the bonus pool out in March. Not only this, but the total was increased to $2.5 million. The extra funds went exclusively to athletes ranked 21 to 100 in the PTO World Rankings, helping to support developing talent.

For 2021, there was also a $2 million prize purse, distributed to the top 100 male and female athletes in the PTO World Rankings.

As part of its commercial endeavours, the PTO is working with event organisers such as Challenge Family to put on its own events to promote the sport’s stars.

In September 2016, the PTO announced what’s to become its flagship event, The Collins Cup. Named after Judy and John Collins, the originators of the first Ironman, the event would take its cues from golf’s Ryder Cup.

USA, European and International teams made up of 12 of the best athletes from each region would go head to head (to head) in 12 races over a unique 3km/120km/25km distance. Each team would have the back-up of team captains who would be drawn from a roster of the sport’s legends.

Eight of each team’s athletes qualify via the PTO World Rankings, a points system devised in consultation with renowned triathlon statistician Thorsten Radde of trirating.com. The final four athletes on each team are ‘Captain’s Pick’ wildcards.

The race was originally scheduled for June 2018 as a partner event for Challenge Roth but didn’t quite make it to fruition. The event was then set for 29-30 May 2020, with a new location at the X-Bionic Sphere in Samorin, Slovakia running alongside Challenge Family’s The Championship race.

Once again, the race couldn’t be put on, this time due to the Covid-19 pandemic.

The event finally came to fruition on 28 August 2021. The final distances were a 2km swim, 80km bike and 18km run – totalling 100km. Team Europe took victory with Team US coming second and Team Internationals leaving with the Broken Spoke trophy.

In April 2020, the PTO announced that its first world championship event would take place at Challenge Daytona with a $1 million pro prize purse up for grabs – $750,000 more than on offer at the Ironman 70.3 World Championships.

The event took place at the Daytona International Speedway on 4-6 December 2020. The pros will competed at unique distances, which came about due to thunderstorms delaying the race start of the 2019 event.

Now labelled the ‘Daytona Distance’, pros will did battle over a 1-mile swim in Lake Lloyd at the centre of the racetrack, followed by a 15 lap 37.5-mile bike and 8.2-mile run on the track itself.

Throughout October 2020, the PTO revealed a selection of 20 wildcard athletes for the PTO 2020 Championship. The wildcard selection criteria focused on up-and-comers, short-course stars and proven performers unable to gain qualification points.

On race day, the victories were taken by Gustav Iden and Paula Findlay.

With every move the PTO makes, the organisation is reinforcing its commitment to professionalising triathlon, which is great news for both the sport’s hardworking athletes and those of us who ravenously consume the pro sport and its athlete stories.

Throughout the struggles of Covid-19, the PTO has strengthened its support of pro athletes, building its credibility in the process setting the stage to progress the sport when racing returns to normal. 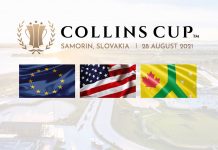 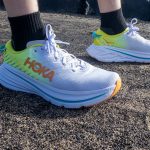